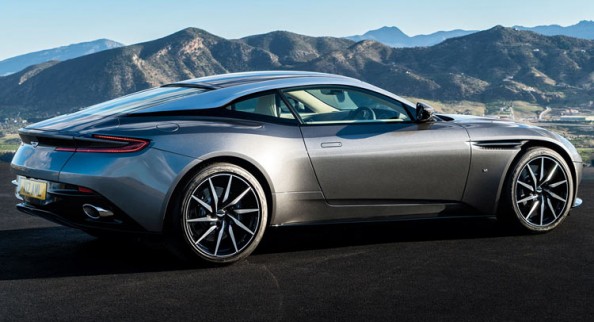 Driven by advances in technology, auto makers are in full flow right now with ever-more interesting and innovative car designs.

It seems that manufacturers are intent on filling every niche with not one but two or three alternatives, such as BMW with its various SUV derivatives, and some are also entering seemingly unlikely niches. Bentley even has an SUV available in 2016 for example.

Here are five interesting designs due to hit the roads in 2016.

A new car from British super car maker Aston Martin is always a significant automotive event. The forthcoming DB11 takes over from the iconic DB9 and will be more powerful, more high tech and lighter than its predecessor.

It’s certainly instantly recognizable as an Aston Martin, but the lines have been revised and refined to make the new car even sleeker looking than the outgoing model.

An SUV from Bentley? Most certainly – and the luxury car maker’s offering is a biggie at more than five meters long. It’s no slouch with 60 mph from rest in four seconds and a top speed just shy of 190 mph possible.

Want to take it off road? It offers not one but four off-road transmission modes making it a far better off road car than most owners will ever need it to be.

Fifty years since its iconic 124 Spider sports car hit the roads, the Italian car maker is reviving the name for its forthcoming two-seater roadster. Open-air motoring fans may rejoice that there’s some competition for the hugely popular Mazda MX-5 but actually they’re almost the same car.

As part of its collaboration with Mazda, the 124 Spider shares pretty much everything with the MX-5, even down to being built in the same Mazda plant in Japan. Look closer, however, and the 124 Spider is slightly longer and wider than the MX-5 and detail design touches hark back to the 1960s original.

The original Prius pointed the way for hybrid motoring – and proved a popular choice for learners who were eager to apply their ever-growing knowledge of the rules of the road – but left some purists and motoring journalists underwhelmed.

The next model now on sale could change this, with its all-new platform and angular new body design. Importantly for buyers, it’s even more frugal than the old car with possible 90 mpg fuel economy and a battery that lasts longer. These cars are known as the perfect car for drive sharing apps and even better, they’re available to hire as a PCO licensed car.

The US electric car specialist enters the burgeoning SUV market with the release of the innovative Model X that the company’s founder, Elon Musk, predicts will double global sales volumes.

The Model X is a stylish SUV featuring gull wing rear doors. Far from being a styling gimmick, they serve a practical purpose in making it far easier to access the car when parked in tight spaces.

The Model X can do the 0-60 mph sprint in just over three seconds in its excitingly-labelled ‘Ludicrous’ drive mode and protects inhabitants from other drivers’ pollutants with heavy duty HEPA air filters.

Lotus will launch the 3-Eleven which will be its fastest road-going car ever, McLaren unleashes the 540C which will offer sub 4 second 0-60mph performance, there’s a convertible Range Rover Evoque available and iconic US brand Cadillac will launch its huge CT6 in the UK.