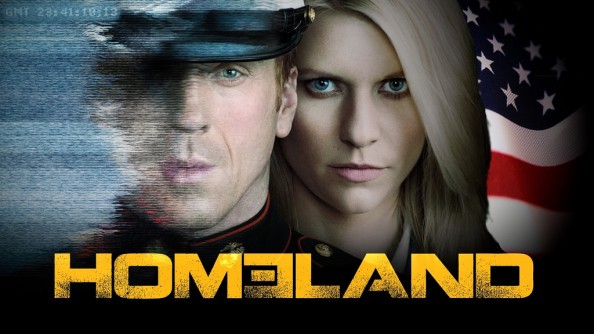 While it’s not something that happens reliably year in and year out, it’s not uncommon for popular TV shows to be adapted into feature films. The most recent major example was Entourage, a 2015 film produced after eight seasons of the iconic TV show. However, from South Park to The Simpsons, to rumors about Arrested Development, there are plenty of examples.

But what other TV shows could work with such an adaptation? It’s actually a pretty tricky concept that wouldn’t go well with just any show. But these five may just work, for a variety of reasons.

Having just wrapped up its sixth season, Shameless might be the most under-appreciated show on TV right now. Generally speaking, we tend to tune out on live action TV shows that go much longer than four or five good seasons. This is what made Breaking Bad such a masterpiece and Lost such a disaster. But consider this: season six of Shameless just scored 100% on Rotten Tomatoes, making it the fourth season to do so, and proving the lasting appeal of the core characters. For those who aren’t familiar, the show follows a poor and “shameless” south side Chicago family in which six children are left to fend for themselves while their father Frank Gallagher (an outstanding William H. Macy) upholds his reputation as the neighborhood drunk. It’s at once hysterical, entertaining, and tragic. The show should keep going a while on TV because it’s still red hot, but a film finale would give the cast some well-deserved extra exposure and cap things off in style.

BBC’s Sherlock series has become incredibly popular, and despite taking place in modern times may just be the definitive cinematic take on Sherlock Holmes. Benedict Cumberbatch and Martin Freeman are impossible not to love as Holmes and Watson, and the show’s intelligent writing and sharp style are endlessly gripping. It’s even easy to argue that this series has led to a resurgence of Holmes lore in modern entertainment in general. The show Elementary debuted two years after Sherlock, and we’ve even seen a popular game series created by Frogwares bring creepy Holmes stories to life for PC and console gamers. So why not a film adaptation next? Sherlock already excels in part because it’s presented in a mini-series format with episodes nearly the length of films. It would be a pretty natural transition, perhaps as a grand finale.

The History Channel’s Vikings has had a longer run than many might have expected, and through four seasons seems to have gotten more popular with each passing year. Essentially an ancient war epic, it’s done a nice job fitting into the darker and more violent nature of modern television. Lead actor Travis Fimmel has become such a star that Universal is trusting him with the main role in the Warcraft film coming out this summer. And somewhat like Sherlock with the Arthur Conan Doyle stories, this show seems to have brought Vikings back into pop culture and entertainment. Case in point: there’s a Viking-themed game now hosted at Betfair that brings the characters to a casual gaming setting. The game, Wild Viking, may be the biggest indication of new appreciation for vikings, as it’s basically a collection of casino table games that could have taken on any kind of background setting, and went with vikings at sea. Given all of this, a film version of the show might be appropriate, and could launch Fimmel to new levels of stardom.

This may be the least popular series on the list at this point, in part because it only premiered last December on Syfy. The series is an adaptation of the trilogy of novels by Lev Grossman, which has been hailed as a sort of adult version (or parody) of Harry Potter. The truth is the series is far more similar to the Chronicles of Narnia, but the idea that it mocks magical fiction and puts an adult twist on it is true. The books ought to make for a pretty entertaining cinematic adaptation, but unfortunately the series just hasn’t generated that much attention in the increasingly competitive television environment. This may be a case in which a film series might have been the easier or more successful route, so perhaps if the Syfy series doesn’t take off we’ll see them scrap it and try it on the big screen.

Finally, there’s Showtime’s Homeland series, which was one of the hottest things on television for its first two seasons. Unfortunately the series has been floundering somewhat since then, to the point that a discussion on ratings posted at TV Series Finale raises the question of whether it ought to be canceled or renewed for a sixth season. It’s not as if no one’s watching anymore, but that’s not exactly the sort of chatter you want to see surrounding what was once a hit show. That said, the name Homeland is still big enough to draw a crowd for a major event like a premiere or finale… or perhaps even a film spinoff. In particular, this could be a huge film idea if they figured out a tactful way to bring back a certain popular character whose apparent death drastically changed the direction of the show for the worse.

None of these adaptations is rumored to be happening just yet. But each of them could be successful, and they might be good ideas for the shows in question.