The so-called Helsinki Vampires – The 69 Eyes – are back. They just released their 11th studio album, “UNIVERSAL MONSTERS”. The album is out worldwide via Nuclear Blast Records.

As the album title refers, the band is portrayed in monster movie lightning. The vocalist Jyrki Linninkivi says: “The covers are planned and designed like old-school CD covers – remember when the booklets used to be as exciting as the album itself?! It will actually have five different covers being such a folder – each member of the band can be used as a cover creature of their own. Ville has really succeeded in capturing the classic movie vibe for the shots without any special makeup or photoshopping.” 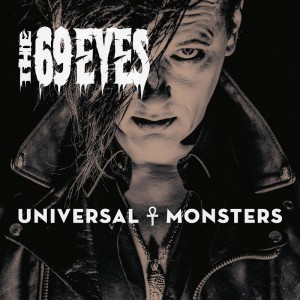 The brand new The 69 Eyes’ album has already three music videos. After Jet Fighter Plane and Dolce Vita, Jerusalem is the 3rd single that has an official video. Jyrki 69 wrote on The 69 Eyes official Facebook page: “I filmed the video during my recent visits in The Holy City. I hope you can feel the song in the way I do with it.”

You can order your copy of “Universal Monsters” from here.
So, feel free to tell us what do you think about the new album of The 69 Eyes.