Social media stars who have branched out into food

Social media stars are enjoying all the glitz and glamour of celebrities and aren’t far behind in earnings either, with the likes of Zoella earning £50,000 a month from posting videos and working with leading brands to promote products.

A new trend emerging from the world of social media stardom is a movement into the food industry, with many bloggers and YouTube personalities dipping their toes into publishing and creating cookbooks for the masses, featuring recipes more than likely involving copious amounts of avocado. They’re so good they could even apply for one of these catering jobs here. 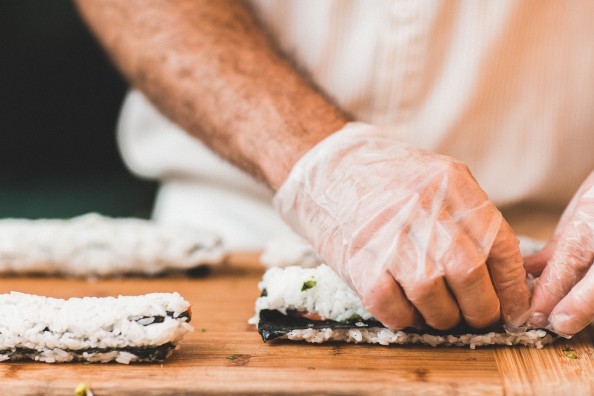 So when it comes to this trend, who in the world of social media is giving it a go?

This YouTube sensation already has a book on the market – Love, Tanya – but because she loves to bake, some clever sausage decided to cash in and help her create and publish a cookbook that her fans will surely line up to get their hands on. She already has a Baking section on her website where she posts recipes, so a cookbook kind of made sense. When Tanya Bakes came out, there was even a book tour that allowed fans to buy tickets and meet her to receive a signed copy.

Now this one makes more sense! Deliciously Ella is a food blogger who puts out great recipes and promotes healthy eating as a way of living – no diets! Ella, however, initially gained popularity through her blog as she used food in an attempt to heal her Postural Tachycardia Syndrome she suffers with, an illness that leaves her fatigued, with heart palpitations and stomach issues, to name just a few symptoms. She believes food has been the answer to her new lease of life, making her feel better in her body, and decided to share her experience with others. She has a recipe book out already but her latest title Smoothies & Juices is soon to hit bookshelves, just in time for summer!

A healthy food blogger – who also dabbles in lifestyle and fashion – Niomi is having a book of 150 recipes published after her success with her YouTube series, ‘What I eat in a day’, where she shares with her followers what she’s had for breakfast, lunch and dinner every day. To some it might sound dull, but hundreds of thousands of people tune in to check out what she’s chowing down on and now they can recreate the food she eats via her cookbook. Her book Eat Smart (we see what you did there, Niomi) is out on the 8th September.

Fun, geeky vlogger Rosanna creates recipes inspired by popular culture with her Nerdy Nummies vlog series and had a book published in November 2015 – The Nerdy Nummies Cookbook – featuring her favourite recipes, broken down with detailed pictures for her fans to follow. Rosanna wants people to have fun with their food. She regularly takes requests from her followers who ask her to create recipes based on their favourite characters and her cookbook was created to inspire everyone to get into baking and cooking.