Hollywood has often turned to the casinos as inspiration for their movies and with so many casino-based films around it is tough to decide which ones rank the highest. So we’ve done the hard work for you by picking our top 5 casino films. 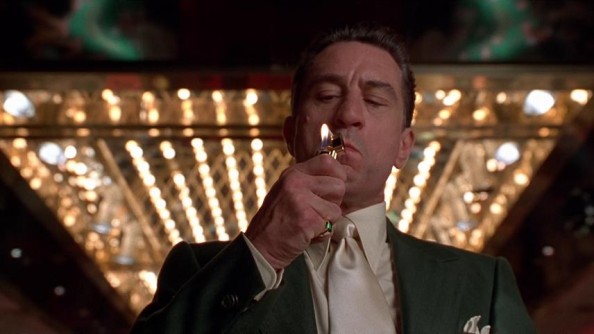 It seems quite appropriate to begin a list about casino films with a film simply called Casino. This epic crime drama was directed by the legendary Martin Scorsese and starred Robert De Niro, Sharon Stone, and Joe Pesci. It was nominated for one Oscar and two Golden Globes. It also set the bar for future films set in a casino and provided the inspiration for the popular television series Las Vegas. The movie was criticized for its use of heavy violence but it went on to gross $116 million across the globe.

The film focuses on the manager, Sam “Ace” Rothstein, of the fictional Tangiers Casino in Las Vegas. Rothstein is loosely based on the real-life Frank Rosenthal and shows the day-to-day running of the casino and the problems that arise. Things start to go awry when Rothstein’s good friend Nicholas “Nicky” Santoro goes rogue and also starts an affair with Rothstein’s wife Ginger McKenna. The movie is seen as a realistic portrayal of Las Vegas life under mob rule in the 1970s. 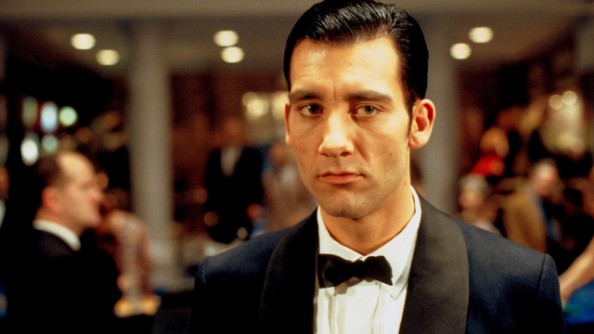 This British film has been credited for launching the career of Hollywood A-lister Clive Owen due to its critical success in North America. Directed by Mike Hodges, the movie also stars Alex Kingston, Gina McKee, and Kate Hardie. It was critically acclaimed for the atmosphere and characterization of the casino it is set in. Interestingly, the movie was not allowed to be nominated at the Oscars because it was shown on Dutch television.

The overall plot of the movie focuses on Jack Manfred (Owen) who is a struggling aspiring writer who decides to take a job as a croupier to pay the bills. As Manfred works at the casino his life begins to fall apart as he becomes involved in the darker side of gambling and the casino world.

The solitary comedy entrant on this list is this hilarious hit from Todd Philips which introduced the world to the bumbling friends of Phil, Stu, Alan, and Doug played by Bradley Cooper, Ed Helms, Zach Galifianakis, and Justin Bartha respectively. It won a series of awards including Best Comedy Film at the Broadcast Film Critics Association Awards, Best Motion Picture – Musical or Comedy at the Golden Globe Awards, and Best Comedic Performance at the MTV Movie Awards.

It is a plot that follows the friends as they spend a stag night in Las Vegas to celebrate Doug’s impending marriage. However, when the friends wake up after a boozy night in Sin City they discover that Doug is missing and none of them have any recollection of the events from the previous night. This leads to a clue-driven journey across the Strip where they must escape a tiger in a hotel room, get punched in the face by Mike Tyson, and earn money by card-counting at blackjack in the casino. One of the few casino movies with laughs aplenty. 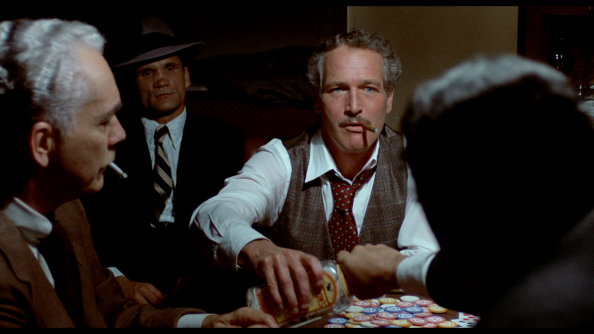 It is always great to see a classic movie in a list like this and this film is certainly one of those. Directed by George Roy Hill and starring the Hollywood icons of Paul Newman and Robert Redford it tells the story of a complex plot by two con artists (Newman and Redford) to con a mob boss.

The movie has long been recognised as one of the great American caper films and it won seven Oscars at the 46th Academy Awards. The high stakes poker game in this film plays a pivotal role in setting the landscape for the movie and this is widely regarded as the gambling version of Butch Cassidy and the Sundance Kid. They just don’t make them like they used to!

Casino games over the years are becoming really popular, with them being used in these great films even more people are interested to find out what the big hype about online casino games are. Games like slots, poker, baccarat and roulette are the fans’ favorites. UK players can find out more on which game suits your style and how to get a great welcome bonus, make sure you check out online casino guides before playing. 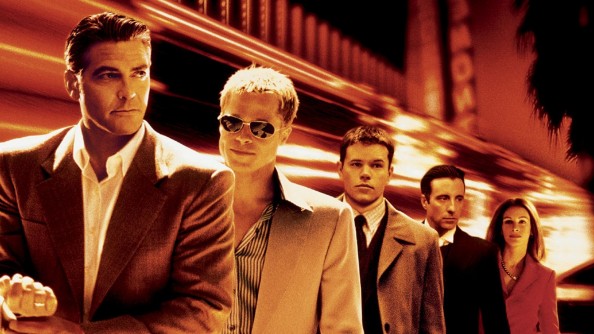 The final entry on this list is a movie that is one of a rarity in the fact that it is a re-make that was actually far superior to its original. The first Ocean’s Eleven movie was released back in 1960 and starred the Rat Pack of Frank Sinatra, Dean Martin, Sammy Davis Jr, Peter Lawford, and Joey Bishop. It was not a bad movie but the re-make in 2001 far exceeded expectations.

Steven Soderbergh was the director with George Clooney, Brad Pitt, Matt Damon, Andy Garcia, Julia Roberts, and Don Cheadle starring. The plot follows professional criminal Danny Ocean (Clooney) and his attempt to organise a simultaneous robbery of the Bellagio, Mirage, and MGM Grand casinos in Las Vegas. The entire movie just oozes the class and exuberance of Sin City. The film proved to be such a success by grossing $450 million worldwide that it spawned two sequels in the form of Ocean’s Twelve (2004) and Ocean’s Thirteen (2007). A fourth instalment is also in production with an all-female cast.