Steps to Feeling Better Inside Your Own Skin

Here’s something that I believed for a really long time: it’s possible to eat whatever you want, do whatever you want and as long as you wear the right clothes and makeup nobody will be able to tell when you feel sluggish or gross. In other words, I firmly believed that I really could fake it until I could make it. Ah, youth. 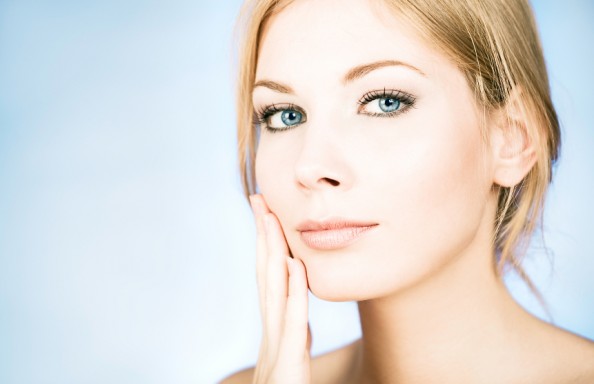 This doesn’t mean that there isn’t something to that whole “look good to feel good” thing. Studies have shown that cancer patients who actually make an effort to care for their appearance and dress well feel better than those receiving the same treatments who don’t. So, really dressing well and knowing how to choose the right cosmetics put me, in some ways, ahead of the curve. It wasn’t until I looked in the mirror and saw all of the cellulite rippling across my skin that I realized that I was really behind the curve. Sure, I could disguise my “muffin top” really well but that didn’t mean it wasn’t there. It also didn’t magically create energy and positivity out of thin air. Changes needed to be made.

Shortcuts Are the Best Cuts!

Well, okay, not really, but they are really tempting. I really wanted to wave a magic wand and have the cellulite and the sallowness and the sun damage magically erased. I spent a lot of time reading about laser skincare technology and daydreaming over the procedures described on sites like americanlaser.com. Before I commit to having the work done, though, I need to do two things:
I need to save up the money to have the procedure (whatever it ends up being) done. I need to develop some new and healthy habits so that I don’t need to constantly have the procedures repeated.

Here is what I’ve done so far and some details about my overall plan:

There are countless varieties of cleansers, toners, moisturizers, over the counter spot treatments, collagen creams, acne fighters, etc. The very best, though, aren’t necessarily chemically based. Skin treatments made from natural ingredients are cheaper and better for your skin’s health. A simple Google search will turn up dozens of different topical skin care product recipes that you can make yourself. The issue, though, isn’t just what you put on your skin but what you put in it. Now, obviously, the only way a greasy slice of pizza will cause you to break out is if you rub that pizza directly on to your face. Even so all of the oil and grease isn’t good for your body and that makes an appearance via discoloration, sallowness and sometimes even sagging. Drinking a lot of coffee or soda will have a similar effect. So: I’m switching out my coffee and soda mostly for water. Proper hydration is important for a bunch of health reasons but studies have proven over and over again that it helps improve the skin’s health and can even reverse (slightly) premature aging. I’m also doing my best to choose fruits, veggies and whole grains over chips and candy when I’m in a snacking mood. I’m trying to choose hummus instead of sour-cream based dip (or, sometimes, skipping the dip altogether). Nixing the junk is difficult. I’ve only just started doing this and it’s a rough transition. Even so, my body does not miss all of those empty calories. I’ve already noticed a change in my overall mood and energy level. I’m excited to see how much better I feel when I’m able to reduce my gluten intake and have switched over entirely to organics.

Getting up and getting moving is important. Sure, UV rays are terrible for my skin. The Vitamin D offered by the sun, though, is important for my body and exposure to fresh air is important. Research has proven that getting regular exposure to fresh air is important for a person’s mood and health.
So while I work from home, I’m making a point of slathering on some sunscreen and going for a walk each day when I decide to take my lunch break. It’s not the longest walk in the world but I can tell you that it has had a profound effect on my afternoon productivity and energy level.
In the evenings, I have to admit I haven’t done much to curb my television watching habit. I have, however, stopped sitting around. I’ve started doing yoga and some basic strength building workouts (the Gorilla app is my favorite) while I watch. It gets my blood flowing, which is good for my skin and will help to reduce my muffin top… once I’ve been doing it a little more.
It’s been baby steps so far. And remember, when I can afford it I am going to be going in for some professional help for my skin and cellulite (seriously, that stuff is gross and I want it gone) but hopefully by then the work I need won’t be as extensive!