3 main reasons why global street art is so powerful

From its inception, street art was meant to be transgressive: its rise in the 1970s as a subculture phenomenon was out of rebellion against urban blight, poverty, and failures of the modern world structure. Today, street art can be found on buildings, sidewalks, street signs and trash cans all across the world, from Tokyo to Paris to New York City. Contemporary street art is one of the most influential movements of recent history with roots in graffiti culture, pop art, and community muralism. It can take many different forms (e.g. paintings, sculptures, cloth, stickers, etc.) and has developed into an international movement supported by websites, artist communities, and even art museums and galleries. Its powerful impact on our lives is due to its location, content and innovative techniques. 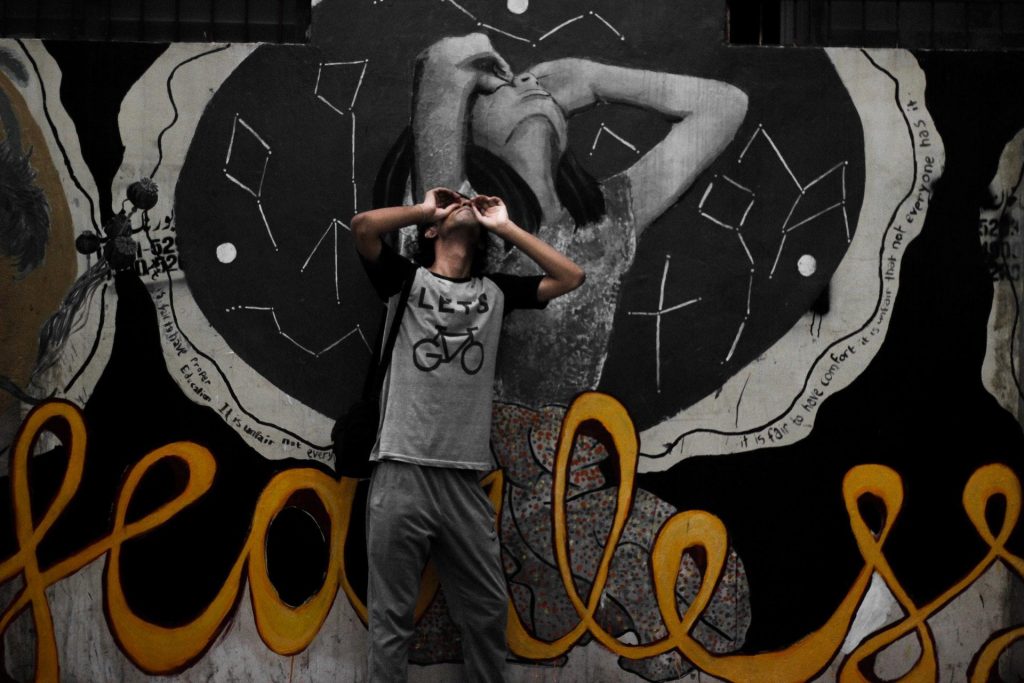 One of the main strengths of street art is its ability to captivate people as part of their day-to-day experience. Unlike art hung in museums or art galleries, street art is primarily intended to reach the general public and to be accessible to all. It doesn’t limit its audience by location and, instead, it demands recognition from as many people as possible. Additionally, the use of public spaces implies street artists’ commitment to the philosophy of guerilla art: the commodification of art is considered a blasphemous way to validate an artist, as well as a piece of artwork. Thus, art should be made for the sake of making art and should not be commodified and further relegated solely to the ultra-rich to enjoy. With the street as their medium, street artists can voice their thoughts and contribute to societal change almost instantaneously. The location of street art on the street versus hung in galleries is significant for three main reasons:

Not to mention street art is free, for everyone to see, kind of like a 25 euro no deposit offer on a betting website. 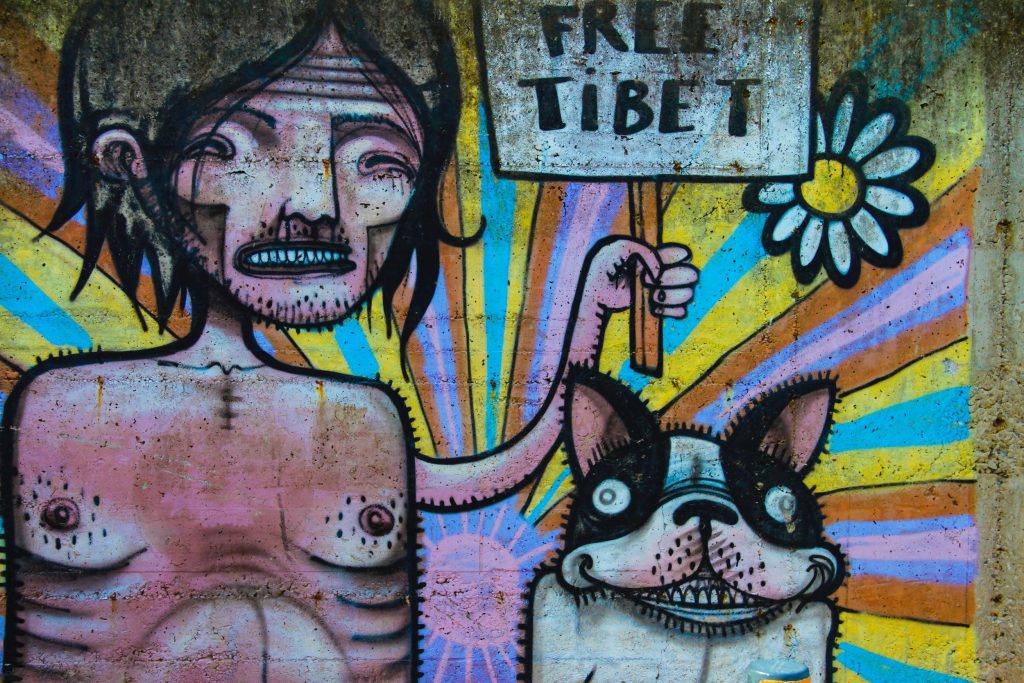 The earliest expression of street art were graffiti markings that showed up on the sides of train cars and walls from gangs in the 1920s in New York. The impact of this subversive form of expression rose in popularity in the 1970s and 1980s due to its identification with various disenfranchised subcultures and populations. Street art began as an extension of the drive to find a voice felt by all humans, and particularly those who have been socially marginalized. Thus, the origins of street art reside in the creative process molded by the artist’s intention to rebel against prevailing societal norms.

Though street art differs from graffiti writing in its intention and its message, a line can be drawn clearly connecting one to the other in an evolution of art with political messages. However, graffiti art and street art differ in one major way: graffiti artists are primarily concerned with their internal culture of graffiti artists, while street art artists are concerned with communicating on a conceptual level social, political or economic messages to the general public using their art as the medium. Street art artists utilize humor, irony or absurdity to alter the original intention of a commercial image. Used in this way, street art is used to expose and undermine the most unsavory and despicable aspects of a society.

According to Banksy, “all graffiti is low-level dissent,” but street art’s evolution from graffiti was elevated by the use of stencils and other materials, which served primarily to increase the movement’s ability to create and share politically-driven statements. The use of provocative images with simple slogans serves to remind us of the reality we live in and can even inspire us to take action. Therefore, the presence of politically- or morally-motivated messages within street art acts as a call-to-action. Beyond its mere presence on the sides of urban buildings (and therefore intended for a significantly larger audience than art hung up in galleries), street art demands participation via reaction from the general public to its meaning. Some common moralistic and socio-political messages that various street art installations have used in the past are listed below. 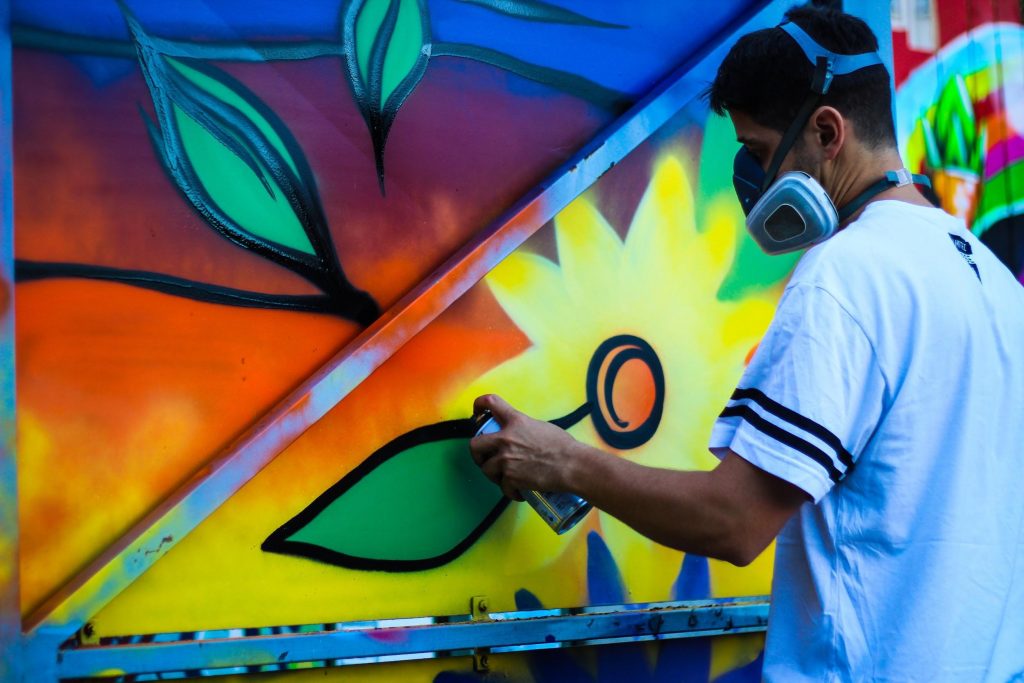 Historically, street art is known for its breaking of traditional styles, especially when it comes to artistic styles, materials and mediums. Since many of the street art pieces are considered illegal, scale and time are often important factors when creating street art. Many street artists use stencils and spray paint to paint large surfaces (often walls and sides of buildings): these materials help them to cover large surfaces in short amounts of time, ensuring both the visibility of their work and a quick escape from police. Other street artists are interested in newer approaches, such as posters, stickers, yarn installations and even video projections to leave their mark on the urban world. The complex interdisciplinary forms of street art encourage inclusion of a variety of materials and methods, from graffiti, stencils, prints and murals to performative art and street installation.

The transformation of street art from being understood purely as vandalism to a culturally accepted and commercially sought after form of art has been influenced by digital space and innovative materials and methods. Arising from graffiti writing done with spray cans, the subculture of street art has gained popularity, respect and worldwide acceptance due, in part, to its high quality techniques and diverse forms of expression, which have bred innovation.

Thus, street art has become a worldwide phenomenon and an impactful form of contemporary art due to its insistence on remaining outside the traditional scope of fine art, contesting societal hypocrisy and utilizing innovative methods and materials.