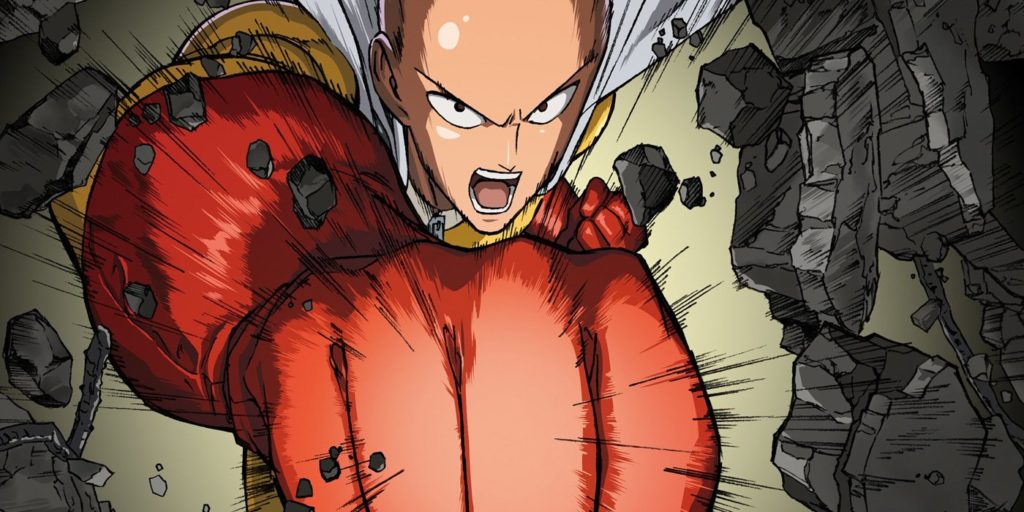 One-Punch Man is a comedy superhero. Nobody could have anticipated the worldwide success it achieved after its first season. It started off as a very simplistic manga that had its anime adaptation and becomes a worldwide sensation after the release of just one season.

If you watch anime a lot, it’s very likely you’ll have come across this anime before. And if you claim to be a superfan of our bald superhero, this is probably where you should come to test your fandom knowledge. I mean we all know about our superhero leading a pretty normal life – other than having the most powerful punch in the universe, of course. But what else is there to know? Let’s find out!

Online to Paper to Screen

One-Punch Man was created by an anonymous artist called ONE. It started off as a webcomic. You probably were introduced to it by its anime adaptation in 2015, but the webcomic was actually launched in 2009.

It generated over eight million views by June 2012. The webcomic is in Japanese so this could be limiting for fans all over the world. In the beginning, the art form was very simplistic with straight lines and not a lot of detail. The art improved with time, as you can tell from the level of detail in the anime series.

One-Punch Man’s Outfit is a Subtle Tribute to Anpanman

Anpanman is a beloved Japanese character – a superhero with a red bean bread head. If you take a look at his outfit, you’ll see the resemblance OPM clearly carries.

Anpanman starred in a manga that ran from 1973 to 2013. It was later turned into an anime in 1988 and it’s still being broadcast today! He’s quite similar to OPM, in terms of the colors of their outfits and they both express their powers in their name. (Anpanman gives hungry people bits of his face to eat).

Another interesting aspect of Saitama, the protagonist of One-Punch Man, is that his creator didn’t give him a flashy outfit – this was done on purpose. He thought that the coolness of Saitama shouldn’t come from his cool spikes on the shoulder or a decorated cape – he should look like an ordinary person with ordinary traits.

When Saitama started explaining his workout methods to Genos, nobody would’ve expected it to be so… well… human. For a superhero who can knock out ANYONE with a single punch, his workout regime sounds quite doable.

It’s interesting because all of those exercises are strength building and that reflects on Saitama’s appearance. ONE wanted Saitama to be reasonably buffed and the workout plan was devised accordingly.

The Split-Chinned Kid Changed Everything

Remember the kid with a terribly shaped chin from episode one? Some might debate he has a chin that resembles testicles while others might even call it a terribly big butt chin.

He makes the mistake of drawing a pair of nipples on a monster (Crabrante) and almost loses his life. Saitama rescues this kid and, in effect, changes his life forever. This kid’s grandfather was the multi-millionaire Agoni, who decides to form the Hero Association after this incident – so it’s a pretty life-altering event.

Financial Troubles and Life as a Grocery Clerk

Running errands took up a big chunk of the screen time for OPM. We see plenty of grocery shopping by Saitama as if he is passionate about it. A few of the funniest moments even stem from this – while fighting a supervillain, he groans about missing bargain day at the supermarket. Talk about priorities! That’s why you also shouldn’t miss the free spiny.

But, did you know that he worked as a grocery clerk to make ends meet? Prior to becoming this caped bald superhero, Saitama had a whole different life. ONE confirmed this fact in one of his interviews and one picture diary from those days is even featured on ONE’s website.

Saitama Can Travel at the Speed of Light

We hope science wasn’t the one subject you despised in school because things are about to get a little science here.

Remember Boros? During the season one finale, Saitama finally met his match. He got kicked out of the earth and landed on the moon, only to discover that Saitama made a jump back to earth in just 1.5 seconds.

If we calculate this distance over time, Saitama’s speed comes up at 159,236 miles per second, which is quite close to the speed of light. It’s safe to assume that he merely jumped with no charging up which means he can be faster. And that’s not something we’re saying, Boros himself made that remark before he died.

In one of the special episodes of OPM, Saitama is seen at a restaurant while Genos, his apprentice, follows him. Genos had been trying to get a better idea of his master’s routine and was surprised to see him ordering only a plate of french fries.

To collect evidence, he goes over to steal a fry, thinking Saitama won’t notice. But, to add to his surprise, Saitama notices the long soft piece of fry is now gone. Weird right? You’d think the superhero who occasionally likes to indulge would prefer the short, extra-fried crispy ones but nope!

Life-threatening disasters in Saitama’s world aren’t limited to natural catastrophes. New kinds of supervillains are always on the rise so they’ ve been categorized based on the level of danger they pose.

A demon class requires 10 A-class heroes or one S-Class hero to defeat it as it puts an entire city at risk. Then comes the Dragon level which puts multiple cities at risk. Lastly, a God level threat is the one that puts all of humanity at risk.

Saitama Got His Name from ONE’s Hometown

Saitama’s creator ONE named this character after the Japanese province he lives in. This shows that the character is indeed a special one for ONE.

Saitama does have other nicknames, such as Caped Baldy that was given to him by the Hero Association. The signature name One-Punch Man, of course, needs no further explanation.

He Probably Doesn’t Need to Breathe

We were just talking about Saitama’s speed. Now, let’s think about his other bodily functions while he was on the moon.

When Saitama lands on the moon, he’s stunned for a moment. He starts holding his breath. But, if we apply physics here, the air in his lungs would already have been sucked out by the vacuum. As soon as he starts doing that, he realizes he doesn’t have to – or so he gestures.

Saitama Reads up on Other Mangas by His Creator

There are cameo references that appear on OPM – especially mangas done by his creator, ONE. In a flashback to Saitama’s childhood, we can see Mob-Psycho 100.

In one of the bonus chapters added to the manga volume one, we can see Saitama as a weak child, beaten up and getting in trouble. He is also seen wearing a Mob Psycho 1,000,000 shirt. Saitama again shows up in a dream sequence in Mob Psycho 100, chapter 80.5, to return the favor.

Feeling a bit more knowledgeable? Or did you know it all already? WE hope you enjoyed these fun facts!