Why Online Gaming Is Set to Take Over the Industry

Since the advent of gaming, developers have sought ways to help us play together. Before video games and internet gaming, there were board games and activities, many of which supported multiple players. The earliest video game developers sought to translate this experience to the screen, so that even the earliest known example of a video game, Tennis for Two, supports two players.

When we fast-forward to the modern era, online gaming is a dominant force in the industry. The most-played game in the world right now is battle royale title PlayerUnknown’s Battlegrounds, which has a whopping 1 billion players around the world. It’s clear online gaming is going to be the default mode of development for many studios in the future. Here’s why online gaming is set to take over the gaming industry. 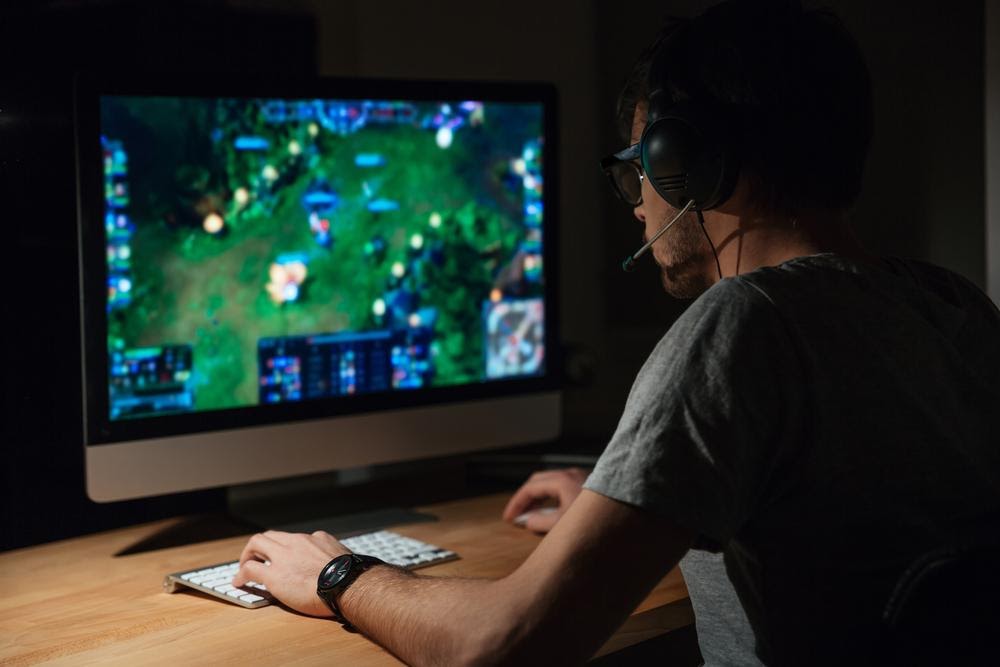 Most people have a desktop PC, a laptop, or a smartphone they can use to access the internet. Browser-based gaming is convenient and easy to access, especially if you have one of the devices we’ve just listed. This has, for example, come in handy in the casino industry; while traditionally casinos were restricted to brick-and-mortar venues, now you can visit an equally reputable casino and be playing your favourites in minutes. Don’t believe us? Try the games on this site and see what we mean.

The same is true of video games. Every major gaming console and device is capable of connecting to the internet, and there’s a wealth of free-to-play games available that you can simply download from the storefront of your choice. For many people, this is infinitely preferable to visiting a gaming shop or even ordering a physical copy of a game from an online store. There’s no doubt that online gaming has subsumed physical gaming to a certain degree in this regard.

You can play with your friends

Games are inherently social things. Even when you’re not playing online with friends, you might be playing in the same room as someone, and when a game is single-player, you might be participating in an online discussion about the merits and themes of that game. There has always been a social element to gaming, no matter how solitary the media sometimes wants to paint the hobby as being. With that in mind, it’s pretty much impossible to escape the social element of gaming.

Online gaming has made this aspect much, much easier to access. Now, you can fire up your PS5, your Xbox Series X, or your Switch – or your PC if you’re so inclined – and be enjoying an online game with your buddies in mere seconds, and some don’t cost cost like these free online PS5 Games. With the proliferation of free-to-play experiences, too, there’s no longer a price barrier, so even those who might have inferior or older hardware can enjoy the experience with you. When these experiences are so easy to access, it’s no wonder online gaming is taking over!

Connections are much better than they used to be

In the days of LAN gaming and dial-up internet, online connections were rarely reliable enough to sustain extended gaming sessions. Dropped connections, false starts, and lag were regular occurrences, and it wasn’t uncommon to have to forfeit or completely abandon a session because of a poor internet connection. While this can still happen today, it’s much less common thanks to the advent of broadband, which gives high-speed internet to pretty much everyone.

Even if you’re not in an area that’s well-served by broadband, the introduction of 5G into the UK’s mobile network may eliminate the need for Wi-Fi in the near future. It’s not impossible to imagine a future in which everyone is tethered to their mobile network in order to enjoy online gaming, and with speeds increasing all the time, the future looks pretty bright. There’s no doubt that online gaming is much easier than it used to be thanks to advances in technology.

Online gaming is safer than ever

Thanks to a number of prominent data breaches, many tech companies are looking for ways to increase the security of their online servers. Sony, Microsoft, Nintendo, and others have shored up their security protocols in recent years, leading to much more secure connections on which there’s almost no chance your information will be stolen. This is in stark contrast to the online gaming standard of yesteryear, wherein dodgy connections and self-hosted games could lead to serious problems.

It’s not just your data that’s no longer at risk, either. While online abuse in games is still a serious issue, there’s no doubt that abusive players are being weeded out more effectively than ever, leaving online gaming as a social lifeline we all need to access in order to communicate with one another during these troubled times. The stereotype of the Xbox Live troll is still very much alive, but it’s faded into relative obscurity in recent years as gaming has become a more mainstream hobby.

Many companies are investing in online gaming

Recently, the gaming publisher Ubisoft declared its intent to focus on free-to-play experiences, because they’re more of a money-spinner than their traditional paid cousins. While Ubisoft has since clarified that it wouldn’t be completely abandoning traditional single-player and multiplayer experiences, it’s hard not to read its comments as prophetic when taken in the wider context of online gaming’s dominance.

It’s clear that major publishers and developers are looking at online gaming – specifically digital storefronts, but also ambient multiplayer and other innovations – as ways to continue existing in an industry that is always changing. The idea of what the online gaming landscape will look like in five, ten, or fifteen years is a thrilling one, but one thing’s for sure – online gaming is here to stay.