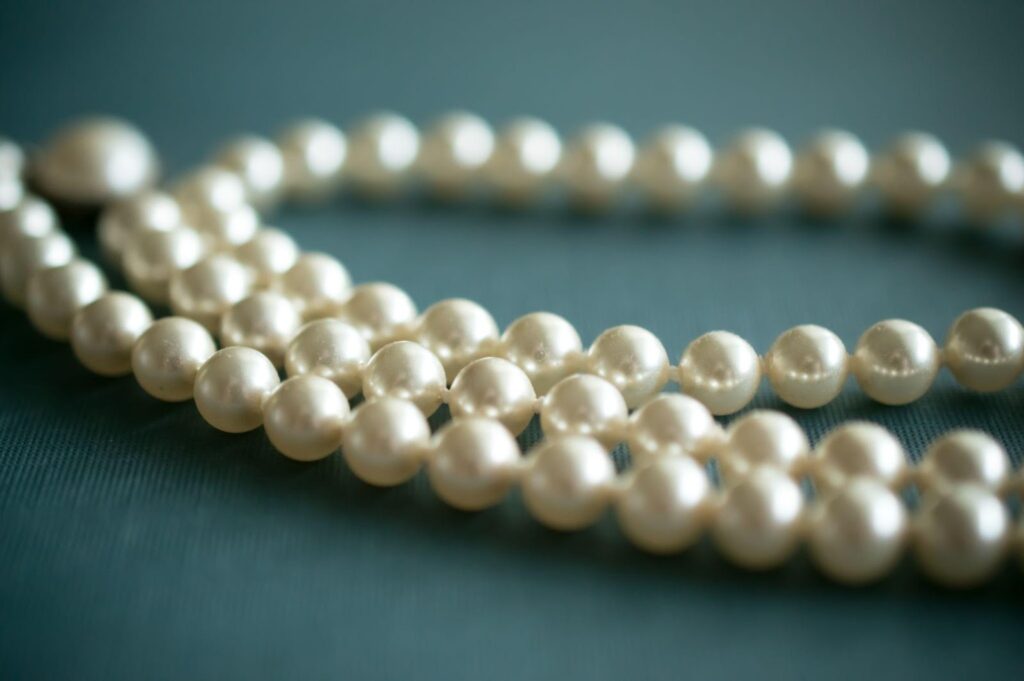 Photo by Tiffany Anthony on Unsplash

Pearls have a rich history dating back hundreds of centuries and have been coveted by royals and traders alike. Known as the Queen of Gems, some consider pearls to be among the oldest gems in the world.

Unlike other gemstones, pearls are not mined from the Earth. They are produced by living organisms such as oysters or mussels when a substance commonly referred to as an irritant gets stuck in their inner body. In order to protect itself, the oyster secretes a crystalline fluid, known as nacre, that gets deposited layer by layer to finally produce a magnificent and lustrous pearl.

Nowadays, you can find natural and cultured pearls on the market. The main difference is that as opposed to natural pearls, cultured pearls are cultivated by professional pearl farmers who insert an irritant into an oyster so that it can form a pearl.

Among these two main types of pearls, the most common pearl is the freshwater pearl. Any pearl retailer is bound to have a vast collection of freshwater pearls, which makes it worth your while to know everything you can about this beauty.

What Are Freshwater Pearls?

Freshwater pearls, commonly produced in China, are formed in non-saline water bodies, such as lakes and ponds. Unlike saltwater pearls, they don’t possess a perfectly round shape, which makes them relatively less expensive.

Freshwater pearls are cultured pearls that are grown in mussels at pearl farms and tend to yield more than 25 pearls on each side of the mussel shell. The freshwater pearl cultivation process takes anywhere between 6 months to 3 years.  Following harvesting, the pearls undergo a freshwater pearls grading process for quality checks before they are sold off to wholesalers or retailers.

What To Know Before Freshwater Pearl Grading?

Before we explain how freshwater pearls are graded, it is important to know the characteristics of pearl grading systems.

Generally, pearls, including freshwater pearls, are graded along 7 distinct value factors. These include:

How Are Freshwater Pearls Graded? 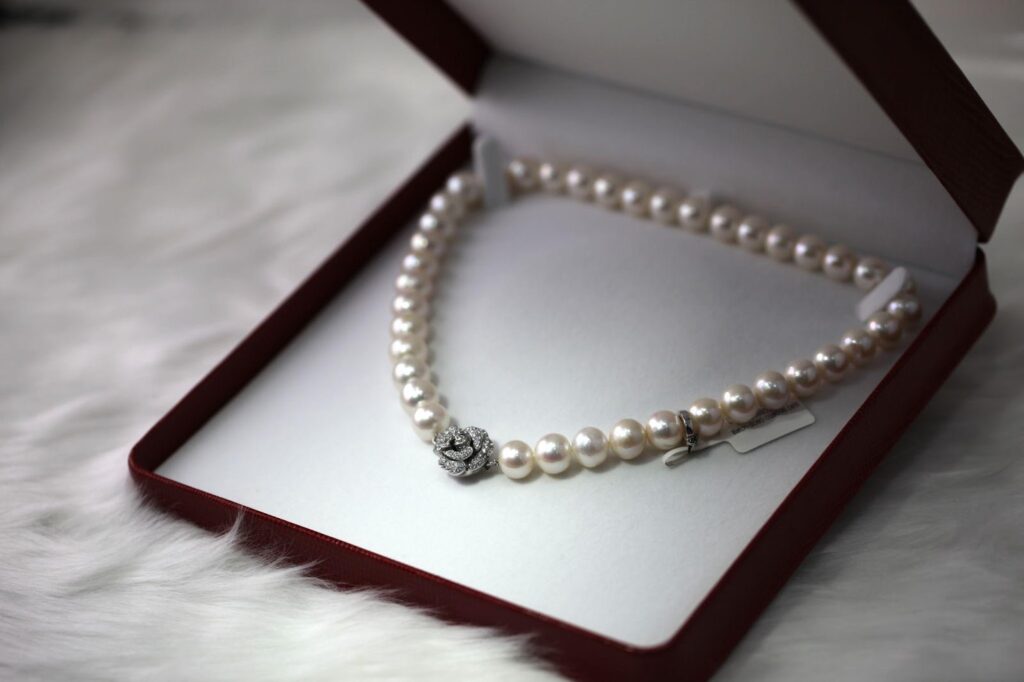 Photo by Cornelia Ng on Unsplash

Pearl farmers and well-reputed freshwater pearl retailers have adopted the A-AAA Grading Scale, based on the above-highlighted value factors, as a way to grade freshwater pearls.

According to this scale, the highest quality freshwater pearls are A-AAA quality, which represents a tiny 0.03% of the annual freshwater pearl harvest. Generally, it has a near-perfect round shape, a blemish rate between 0-5%, and has excellent luster and light reflection.

Then comes the AAA quality freshwater pearls, constituting 1% of yearly freshwater pearl harvests. It also has a very high luster and a minimal blemish rate of under 5%. They usually appear round in shape to the naked eye.

The AA+ quality freshwater pearls are 5% of annual pearl harvests and may have some blurred edges with a round to oval shape. Usually, these pearls have high luster and a blemish rate between 5-10%.

Following is the AA quality, which forms 10% of yearly freshwater pearl harvests. They have an average luster and a higher blemish rate of less than 20%. They tend to be visibly off-round in shape.

Finally, A quality freshwater pearls are commercial grade that have a low luster and the highest blemish rate.

We suggest looking at shape, luster, and surface quality as the main factors when assessing freshwater pearls.

In order to make your freshwater pearls last a lifetime, you can adopt some easy tips to take good care of them.

Pearls are one of the most fashionable and stylish accessories you can own. They have a certain old-world charm that represents luxury and grandeur. Whether it is a traditional pearl necklace or contemporary pearl jewelry designs, adorning freshwater pearls is a classic choice.

Remember to have this guide with you before shopping for freshwater pearls so that you can be assured that you’re investing in the right kind of freshwater pearl jewelry.