Difference Between Apathy and Depression: Who is More Vulnerable to it?

These days, way too many people suffer from some type of a mental disorder, whether those are stress, anxiety, burnout, insomnia, or else. Many of those factors can lead to people feeling disengaged, disoriented, and eventually, interested in their surroundings. Now, all those feelings do not help us to find our place in the world. On the contrary, these are the feelings that prevent us from being ourselves and enjoying life to the fullest. It’s rather upsetting to see so many people, especially young people, feel that way about their lives.

Sometimes, those symptoms hint at a serious mental disorder, such as depression. Depression is a common and serious mental health condition that can have grave consequences on a person’s life. More often, though, such symptoms can be explained by apathy, which is a less threatening or common disorder. Those conditions can correlate, yet, they do not always do. Overall, it is important to understand the difference between them in order to know how to help yourself or your loved ones. Here is the difference between depression and apathy and what groups of people are more vulnerable to what. 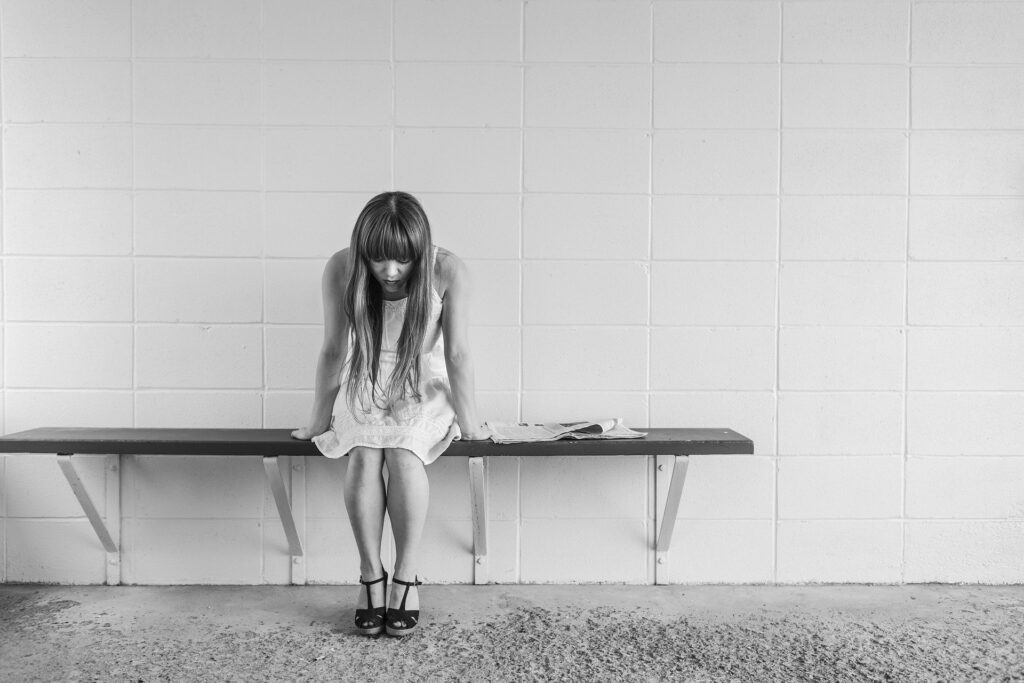 Depression or clinical depression (major depressive disorder (MDD)) is, unfortunately, a rather common psychological condition these days. Depression affects a person’s ability to feel and experience emotions. Hence, it manipulates the mood of that person, leaving them with primarily negative emotions. People with depression don’t necessarily feel sad. However, it is common to think so. Rather, depressed people don’t feel any emotions at all. This feeling is often described as void or emptiness. It leads to desperation, guilt (as people often struggle with socializing this state), and worthlessness.

People with depression struggle with self-esteem and a sense of meaning. Over this time, people lose interest in their daily activities, including things they used to enjoy. In extreme cases of depression, people often struggle to motivate themselves to do basic activities and self-care. They may have issues with eating, feeling energetic, being focused, and more. Even maintaining a normal sleeping routine becomes an issue. People either oversleep or suffer from insomnia.

People who experience similar symptoms for two weeks or longer should seek professional help. Unfortunately, it usually takes more time than such a short period for people to notice these changes in their mood and lifestyle. To that point, depression can already take a toll on their professional and personal life. People between 18 and 25 years old are more vulnerable to depression. This age group is rather emotionally overwhelmed with the changes in their lives. They are also more vulnerable to social pressure, issues with self-esteem. Young people are not as familiar with a healthy self-care routine, contributing to the ongoing mental health crisis.

The main difference between apathy and depression is that apathy is a disorder of motivation instead of emotions. People suffering from apathy have trouble finding interest in anything. A person who suffers from depression may have apathy as one of its main symptoms. Yet, people with apathy may not have depression in any form. It’s just the condition that prevents them from finding any spark or motivation to do things.

Apathy is when a person is less likely to take any interest in social interactions, various activities, or other aspects of life. People are more prone to spend time by themselves or suffer from low energy. They also exhibit a lack of effort in work or relationships. It may look close to depression at first. Yet, people with this condition don’t feel as hopeless or guilty as people suffering from depression.

Quite often, apathy can also be a symptom of other neurological disorders, such as Alzheimer’s disease, Parkinson disease, or the aftermath of a stroke. Hence, apathy is also more common among older people, who are more prone to these groups of neurological disorders. Apathy is a rather normal feeling when happening irregularly or over the course of a few days. However, once this feeling grows to be a chronic condition, it may flag a real psychological disorder. It takes over four weeks for people to stay in this condition before getting a proper diagnosis.

The connection between apathy and depression

As you can see, certain common patterns are prevailing in both those conditions. Yet, it is crucial to know how to determine and differentiate these disorders in order to receive proper help and treatment. To learn more about it, you can read professional essays on the topic. “Picking the professional essay writers is the best form of help you can count on online,” wrote john milovich in his review of paper writing help service. You can follow his advice and order more research on this topic from the professionals.