Where Have Digg Labs Gone?

I used to be a big Bigspy fan – staring for minutes what’s going on. I didn’t use it for some time, but now, I was unpleasantly surprised that not only Bigspy is gone but the whole Digg Labs.

The last time people were talking about Digg Labs and thus seen  online appears to be March 2010, as this Digg post points out: 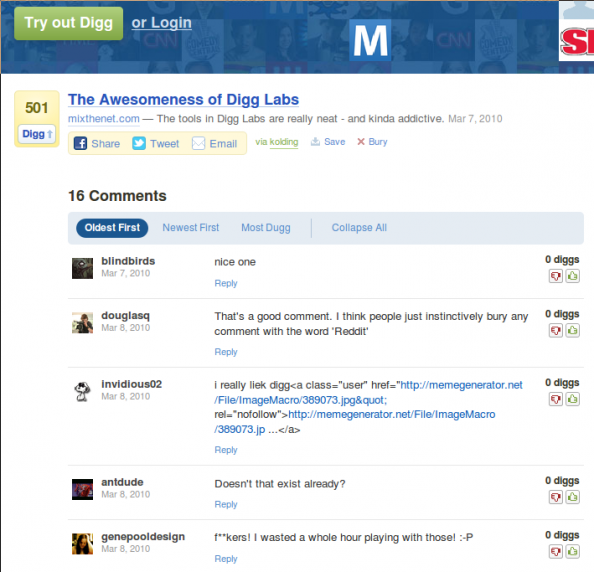 And most surprising of all for me is that there are almost no references to it. Was it so unused that Digg decided to shut it down? There is no official post announcing that Digg Labs would be discontinued.

Or did they just forget to configure the new servers after pointing them on version 4? 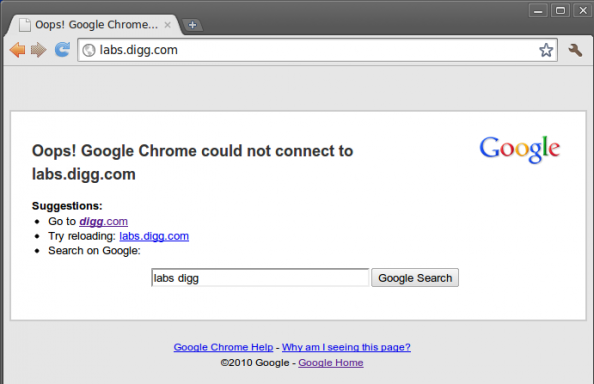 I wonder if the design company who made the awesome visualizations is aware  that what remains of Digg labs are some screenshots, articles and videos. Or was the entire Digg labs a PR project only? No plans for growing it  – like say Google labs ? 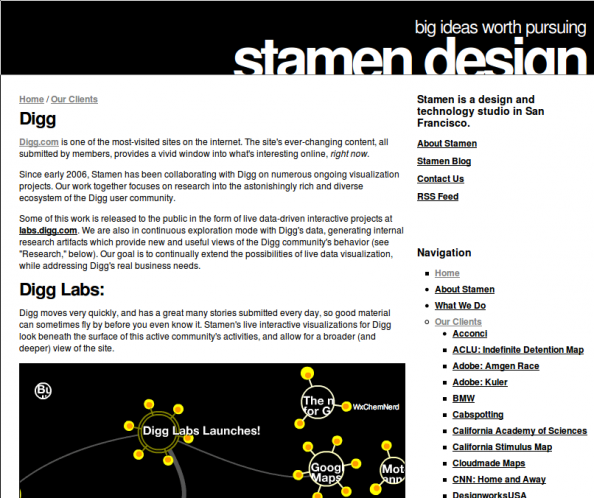 Here’s a video, for the record, to see how cool Digg labs used to be:

Where Have Digg Labs Gone? | Șmen.ro

Tweets that mention Where Have The Digg Labs Gone? | Mole Empire -- Topsy.com

[…] This post was mentioned on Twitter by Adela Vacaru, molempire.com. molempire.com said: What happened with the @Digg Labs? https://molempire.com/2010/11/11/where-have-digg-labs-gone/ #Digg […]

[…] about getting a New Digg invitation from a friend, I got stuck with connecting with my current Digg account which is Facebook connect – based. It proved impossible. What I tried was to add an email […]

I too am wondering what’s become of Digg Labs? It was definitely one fo the best data visualizations out there. But now I cannot seem to access their awesomeness from anywhere.

I was hoping to grab some screenshots for inclusion in a chapter I’m writing on data visualizations. If you find out what happened, please let us know.

I’ll post a ticket to ask them what have become digg labs.

Did you get a response?