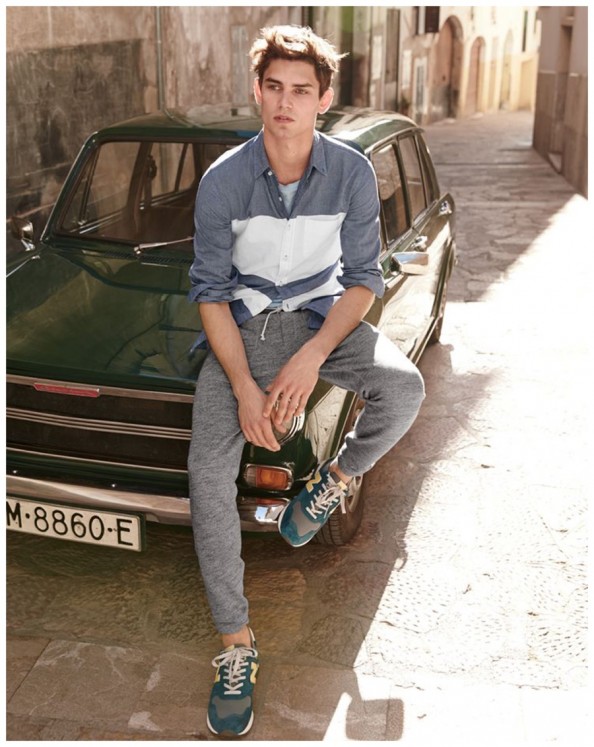 Warmer weather is right around the corner and with it comes a change in what we wear. For men wanting to look sharp, the summer months pose a particular challenge. Shorts, flip flops, and brighter colors don’t exactly sync up with the stark and serious styles perpetually dominating male fashion of late. It’s a balancing act and many men experience trial and error trying to achieve it throughout most of their lives.

The impending men’s summertime fashion errors of 2015 are highlighted below. Consider it a guide on what not to wear when the weather warms up. Keep in mind this only pertains to periods of time spent in social settings or being out in public. The following fashion no-nos are fine for backyard work and barbecues:

Sunglasses that don’t suit you, or the wrong hat at the wrong time, can kill an otherwise well-put together outfit. It’s a safe bet to second-guess any hat choice besides baseball caps and visors and even then, it’s hard not to look either like a frat boy or a golfer. When wearing caps it’s probably best to keep the bill forward with maybe a slight lean to one side, anything extreme and people will be wondering where you’re hiding the skateboard. It takes time to find the right sunglasses and hat for your face, so don’t simply pick something off the rack and go. Be patient. The right sunglasses will work with any outfit, and the same goes with the right hat.

It’s perfectly acceptable to rock the tank top or sleeveless t-shirt when mowing the lawn. Meeting some friends at a beer garden or taking someone out on a date is going to require unexposed armpits, there’s no way around the issue. Of all the components of summertime attire, shirts are the easiest way for a man to take his look up or down a notch. To go up, stick to classic prep garments like surf polo shirts, which seem to always be fashionable. To go down, well, go ahead and show those guns off as much as possible.

Nobody ever looked at a guy in tattered clothing and thought: that’s a dapper man for you. Shirts, jeans and khakis which have been intentionally weathered, ripped, and worn prior to sale are a dated fad no self-respecting man would be caught wearing in public anymore, if ever. Sound harsh? Good, because it’s the absolute truth and you know it. It’s sad when items bought second-hand during the current Goodwill fad look better than the brand-new pieces of clothing people were buying six years ago.

There’s nothing wrong with a small symbol over the breast or some other subtle design mark. But brands blasting across the face of a shirt or super-trendy footwear will always take away from an outfit more than they provide. Avoid these items if you wish to look respectable out and about. Instead, gravitate towards designers who let their styles speak for themselves.

Socks with Shorts & Feet with Slacks

The acceptability of socks with shorts has been slowly declining since the late-nineties. Once approaching the knee, socks soon barely rose above the ankle. These days it’s all about maintaining no appearance of socks whatsoever, so don’t be caught outside with white cotton above the shoe-line or you risk looking old fashioned. Reversely, you don’t want to be flashing exposed ankles if you’re wearing slacks. Short-inseam is in, and with it a desire for interesting socks and/or footwear. As far as flip flops and sandals are concerned, they’re mostly acceptable in extreme heat, in which case you’d better be wearing shorts. Nothing looks worse than a man in slacks or jeans sporting flip flops or sandals.

Summer will be here before you know it. Time to dust-off and reexamine your warm weather outfits of last year, and maybe snag some new ones too. For men wanting to look their best, it can sometime seem difficult in the hotter months. The key is simple: avoid the basic no-nos of our time. Stick with the styles that never die. Follow these rules and a man can’t go wrong in his pursuit to dress well.